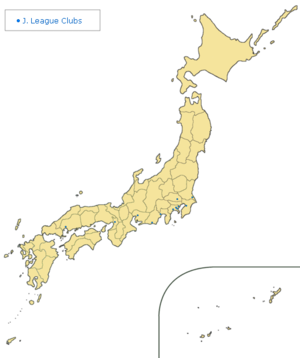 The following 12 clubs participated in J.League during 1994 season. Of these clubs, Bellmare Hiratsuka, and Júblio Iwata were newly promoted from Japan Football League (former).

In the 1994 season, the league followed split-season format, and each halves (or stages) were known as Suntory Series and NICOS Series for sponsorship purposes. In each series, twelve clubs played in double round-robin format, a total of 22 games per club (per series). The games went to golden-goal extra time and penalties if needed after regulation. The clubs were ranked by number of wins, and tie breakers are, in the following order:

The club that finished at the top of the table is declared stage champion and qualifies for the Suntory Championship. The first stage winner, hosts the first leg in the championship series. If the same club win both stages, the runners-up of each stages plays against each other and the winners challenges the stage winner at the championship game.