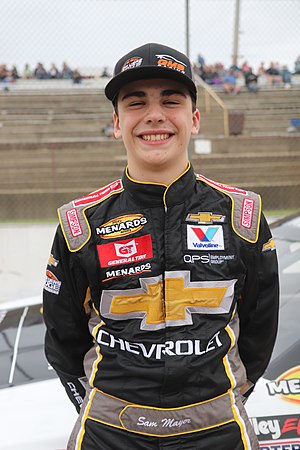 2020 marks the first season the series was known as the ARCA Menards Series East, as it was known as the NASCAR K&N Pro Series East for the previous ten years. Sam Mayer enters as defending champion, and will return to seek his second straight title.

When the season was put on hold due to the coronavirus pandemic, drivers from all NASCAR series, including some ARCA East Series drivers, participated in the eNASCAR iRacing Pro Invitational Series during that time.

Beginning this season, NASCAR allowed ARCA teams in the East, West, and the big 20-race ARCA Menards Series to run the same car number in a race together like in lower levels of racing. This is the first time this has occurred when Chuck Hiers and Robert Pawlowski both used the No. 11 at the East Series opener at New Smyrna, with Pawlowski as the No. 11E. The reason for which teams had the letter "E" or "W" next to their number was because those teams come from the ARCA East and West Series. Previously, under the old format of the NASCAR K&N East and West Series, when teams from both of those series held combination races each year at Iowa Speedway, one team was forced to switch their car number after qualifying if they were slower than the other. For example, the No. 6 Rev Racing team in the East Series and the No. 6 Sunrise Ford Racing team in the West Series would race together, and one of those teams would usually use the No. 66 or No. 69 in the race.

On November 6, 2019, NASCAR released the schedule for the 2020 season.[21] As part of the unification of the East and West series with the ARCA Menards Series, the schedule decreased from fourteen races in 2019 to eight races in 2020. The number of races was originally seven, however, an additional race at Fairgrounds Speedway was announced on December 14, 2019.[22]

The races at Memphis International Raceway, Iowa Speedway, Watkins Glen International as well as Bristol Motor Speedway's second race were taken and moved from the East Series schedule to the ARCA Menards Series schedule. All four of those races are also Sioux Chief Showdown events. New Hampshire Motor Speedway, which had two East Series races in 2019, was reduced to have only one race in 2020. Five Flags Speedway, Fairgrounds Speedway and Toledo Speedway were added to the East Series schedule, moving over from the ARCA schedule. Berlin Raceway, which hosted an ARCA race from 1999–2016 and 2018 with an East Series race in 2017 instead, but no race in either series in 2019, was added back on the schedule as an East Series event. The races at South Boston Speedway and World Wide Technology Raceway at Gateway were completely dropped from the schedule. Gateway previously had an East/West combination race as well as an ARCA race, but will now only have one ARCA race, also a Sioux Chief Showdown event.

In terms of TV, NBC will continue to broadcast the East Series schedule on tape delay as they have in the past.[23]

Race start times have yet to be announced.

The Pensacola 200 presented by Inspectra Thermal Solutions (at Five Flags Speedway), originally scheduled for March 14, was postponed due to the coronavirus and will be rescheduled for another date sometime later in the season according to NASCAR.[24] It was later announced that all ARCA (and NASCAR) races would be postponed through May 3, meaning the race at Bristol, which was to be held on April 4, will also have to be run at another time.[25]