The 2020 Republican Party presidential debates have occurred among candidates in the campaign for the Republican Party's nomination for the President of the United States in the 2020 presidential election. The Republican National Committee (RNC) has no plans to schedule any official RNC-sanctioned primary debates, and incumbent President Donald Trump has stated he will not debate any primary challenger. Thus, the debates scheduled so far with Trump's primary challengers have instead been sponsored by private organizations. 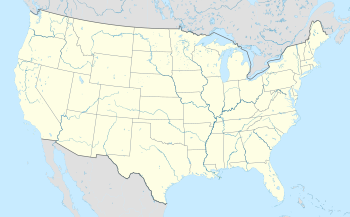 The Republican National Committee (RNC) has no plans to schedule any official RNC-sanctioned primary debates.[1] On May 3, 2018, the RNC eliminated its debate committee for the 2020 election cycle, as John Hammond, the co-chairman of the RNC's subcommittee governing the primary process, stated that it would be less relevant "as we continue to support the President and the vice president and the current administration".[2] Trump also stated on September 9, 2019, that he is not willing to debate any primary challenger, saying, "I'm not looking to give them any credibility."[3]

Business Insider announced on September 10, 2019 that it would host a debate on September 24, inviting Trump and his main primary challengers.[4][5]

Politicon, a nonpartisan political convention, announced on October 22, 2019 that it would host a debate on October 26 among Trump's three main primary challengers.[6]

The Forbes Under 30 Summit hosted a debate on October 28 between Sanford, Weld and Walsh.[7]

The following is a table of participating candidates in each debate:

Joe Walsh and Bill Weld attended the debate[4], but Mark Sanford declined due to scheduling conflicts, and Donald Trump did not respond to the invite.[10]

The debate was characterized by a focus on Trump, with both attending candidates spending the majority of their time criticizing him.[11] Other topics that were discussed included climate change, Iran, and automation.[8]

Politicon's 2020 Republican primary debate was held on October 26, 2019, at Politicon in Nashville, Tennessee. Sanford, Walsh and Weld were all in attendance.[12]

Forbes's 2020 Republican primary debate was held on October 28, 2019, at the Detroit Masonic Temple in Detroit. It was moderated by Randall Lane and Daniela Pierre-Bravo.[13]

Among other issues, Trump's potential impeachment and climate change were discussed.[14]