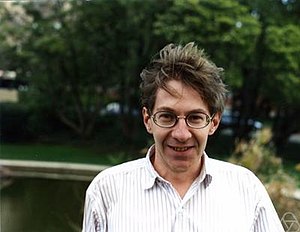 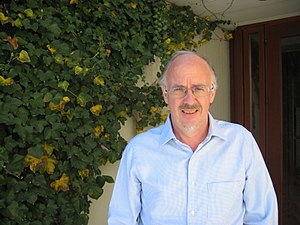 The abc conjecture (also known as the Oesterlé–Masser conjecture) is a conjecture in number theory, first proposed by Joseph Oesterlé (1988) and David Masser (1985). It is stated in terms of three positive integers, a, b and c (hence the name) that are relatively prime and satisfy a + b = c. If d denotes the product of the distinct prime factors of abc, the conjecture essentially states that d is usually not much smaller than c. In other words: if a and b are composed from large powers of primes, then c is usually not divisible by large powers of primes. A number of famous conjectures and theorems in number theory would follow immediately from the abc conjecture or its versions. Goldfeld (1996) described the abc conjecture as "the most important unsolved problem in Diophantine analysis".

Various attempts to prove the abc conjecture have been made, but none are currently accepted by the mainstream mathematical community and as of 2020, the conjecture is still largely regarded as unproven.[3][4]

Before we state the conjecture we introduce the notion of the radical of an integer: for a positive integer n, the radical of n, denoted rad(n), is the product of the distinct prime factors of n. For example

If a, b, and c are coprime[notes 1] positive integers such that a + b = c, it turns out that "usually" c < rad(abc). The abc conjecture deals with the exceptions. Specifically, it states that:

ABC conjecture. For every positive real number ε, there exist only finitely many triples (a, b, c) of coprime positive integers, with a + b = c, such that

ABC conjecture II. For every positive real number ε, there exists a constant Kε such that for all triples (a, b, c) of coprime positive integers, with a + b = c:

A third equivalent formulation of the conjecture involves the quality q(a, b, c) of the triple (a, b, c), defined as

A typical triple (a, b, c) of coprime positive integers with a + b = c will have c < rad(abc), i.e. q(a, b, c) < 1. Triples with q > 1 such as in the second example are rather special, they consist of numbers divisible by high powers of small prime numbers.

ABC conjecture III. For every positive real number ε, there exist only finitely many triples (a, b, c) of coprime positive integers with a + b = c such that q(a, b, c) > 1 + ε.

The condition that ε > 0 is necessary as there exist infinitely many triples a, b, c with c > rad(abc). For example, let

The integer b is divisible by 9:

Using this fact we calculate:

By replacing the exponent 6n by other exponents forcing b to have larger square factors, the ratio between the radical and c can be made arbitrarily small. Specifically, let p > 2 be a prime and consider

Now we claim that b is divisible by p2:

And now with a similar calculation as above we have

A list of the highest-quality triples (triples with a particularly small radical relative to c) is given below; the highest quality, 1.6299, was found by Eric Reyssat (Lando & Zvonkin 2004, p. 137) for

The abc conjecture implies that c can be bounded above by a near-linear function of the radical of abc. Bounds are known that are exponential. Specifically, the following bounds have been proven:

In these bounds, K1 and K3 are constants that do not depend on a, b, or c, and K2 is a constant that depends on ε (in an effectively computable way) but not on a, b, or c. The bounds apply to any triple for which c > 2.

In 2006, the Mathematics Department of Leiden University in the Netherlands, together with the Dutch Kennislink science institute, launched the ABC@Home project, a grid computing system, which aims to discover additional triples a, b, c with rad(abc) < c. Although no finite set of examples or counterexamples can resolve the abc conjecture, it is hoped that patterns in the triples discovered by this project will lead to insights about the conjecture and about number theory more generally.

The abc conjecture is an integer analogue of the Mason–Stothers theorem for polynomials.

A strengthening, proposed by Baker (1998), states that in the abc conjecture one can replace rad(abc) by

where ω is the total number of distinct primes dividing a, b and c.[20]

This incited Baker (2004) to propose a sharper form of the abc conjecture, namely:

with κ an absolute constant. After some computational experiments he found that a value of <math>6/5</math> was admissible for κ.

where Ω(n) is the total number of prime factors of n, and

where Θ(n) is the number of integers up to n divisible only by primes dividing n.

holds whereas there is a constant C2 such that

Lucien Szpiro proposed a solution in 2007, but it was found to be incorrect shortly afterwards.[21]

In August 2012, Shinichi Mochizuki claimed a proof of Szpiro's conjecture and therefore the abc conjecture.[22] He released a series of four preprints developing a new theory called inter-universal Teichmüller theory (IUTT) which is then applied to prove several famous conjectures in number theory, including the abc conjecture and the hyperbolic Vojta's conjecture.[23] The papers have not been accepted by the mathematical community as providing a proof of abc.[24] This is not only because of their difficulty to understand and length,[25] but also because at least one specific point in the argument has been identified as a gap by some other experts.[26] Although a few mathematicians have vouched for the correctness of the proof,[27] and have attempted to communicate their understanding via workshops on IUTT, they have failed to convince the number theory community at large.[28][29]

In March 2018, Peter Scholze and Jakob Stix visited Kyoto for discussions with Mochizuki.[30][31] While they did not resolve the differences, they brought them into clearer focus. Scholze and Stix concluded that the gap was "so severe that … small modifications will not rescue the proof strategy";[32] Mochizuki claimed that they misunderstood vital aspects of the theory and made invalid simplifications.[33][34][35]

On April 3, 2020, two Japanese mathematicians announced that Mochizuki's claimed proof would be published in Publications of the Research Institute for Mathematical Sciences (RIMS), a journal of which Mochizuki is chief editor.[3] The announcement was received with skepticism by Kiran Kedlaya and Edward Frenkel, as well as being described by Nature as "unlikely to move many researchers over to Mochizuki's camp."[3]