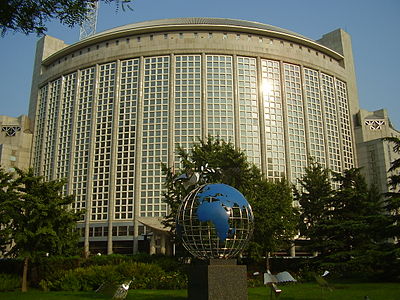 Ministry of Foreign Affairs of China

This article contains several lists of ambassadors from the People's Republic of China (PRC, "China"). The incumbents change from time to time; sometimes a post starts or stops being temporarily headed by a lower ranking diplomat. Occasionally, a post is created or abolished.

Current ambassadors from the People's Republic of China to international organizations