The Broasting technique began in 1954 when American businessman and inventor, L. A. M. Phelan combined parts of a deep fryer and pressure cooker as a way to cook chicken faster. With his invention, Phelan trademarked the words "broaster" and "broasted food".[4][5] Phelan manufactured the first Broaster Pressure Fryers under Flavor Fast Foods, Inc. and in 1956 formed the Broaster Company, expanding its line of offerings to include food product ingredients and accessories.[6][7]

Broaster Company is the owner of a proprietary process that creates Genuine Broaster Chicken.[2] The process uses the company's marinades and coating to prepare chicken which is then fried in a Broaster Pressure Fryer by an employee with training from the Broaster Company.[11][12] Broaster Company also distributes other frozen, ready-to-cook food products that are designed to be prepared in Broaster Pressure Fryers or the company's Countertop Ventless Fryers.[13] Customers can serve the foods as part of the Broaster Express branded program, or include them on their own existing menu without the branding.[10] Broaster Company sells its equipment and food programs through a worldwide network of authorized distributors.[14]

Broaster Company licenses more than 5,000 restaurants, bars, and carryout locations in the United States with additional locations in 54 countries.[6] Among them is High Life Lounge in Des Moines, whose chicken broasting process was shown on a Season 3 (2010) episode of Man v. Food.

Broasting equipment, accessories, and ingredients are marketed only to service and institutional customers, including supermarkets and fast-food restaurants; they are not available to the general public. The company licenses the Broasted trademark to the more than 5,500 purchasers of its system, who follow its specifications and recipes, and undertake a periodic (re-)certification process. The licensing certification arrangement is not part of a traditional franchising scheme in that the arrangement does not incur traditional royalty payment obligations. 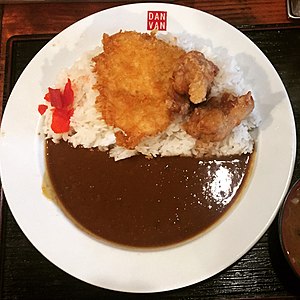 Broasted chicken with rice and sauce

Broasting is a method of cooking chicken and other foods using a pressure fryer using techniques invented by L. A. M. Phelan and marketed by the Broaster Company.[8]

The method essentially combines pressure cooking with deep frying to pressure fry chicken that has been marinated and breaded. Other modern fast-food chains also deep fry chicken under pressure, but use different recipes or equipment from one of several alternative suppliers (e.g., Henny Penny).

Internationally, broasted chicken remains highly popular in Middle Eastern and South Asian countries such as Saudi Arabia and Pakistan, as well as in Latin American countries such as Colombia and Peru. Many restaurants and fast-food chains in these countries also have the word "broast" in their names.