Disruptive editing is a pattern of editing that may extend over a long time on many articles, and disrupts progress toward improving an article or building the encyclopedia. Disruptive editing is not vandalism, though vandalism is disruptive. Each case should be treated independently, taking into consideration whether the actions violate Wikiafripedia policies and guidelines. If an editor treats situations that are not clearly vandalism as such, that editor may harm the encyclopedia by alienating or driving away potential editors.

Disruptive editing is not always intentional. Editors may be accidentally disruptive because they don't understand how to correctly edit, or because they lack the social skills or competence necessary to work collaboratively. The fact that the disruption occurs in good faith does not change the fact that it is harmful to Wikiafripedia.

Wikiafripedia owes much of its success to its openness. That very openness, however, sometimes attracts people who seek to exploit the site as a platform for pushing a single point of view, original research, advocacy, or self-promotion. While notable minority opinions are welcomed when verifiable through reliable sources, and constructive editors occasionally make mistakes, sometimes a Wikiafripedia editor creates long-term problems by persistently editing a page or set of pages with information which is not verifiable through reliable sources or insisting on giving undue weight to a minority view.

It is essential to recognize patterns of disruptive editing. Our edit warring policy already acknowledges that one act, by itself, may not violate policy, but when part of a series of acts they constitute a pattern that does violate policy. Disruptive edits may not occur all in the course of one brief period without fruitless attempts to discuss with the user, (as when the user persists after 12 warnings to stop) and may not consist of the repetition of the same act. Nevertheless, a series of edits over time may form a pattern that seriously disrupts the project.

Disruptive editors may seek to disguise their behavior as productive editing, yet distinctive traits separate them from productive editors. When discussion fails to resolve the problem and when an impartial consensus of editors from outside a disputed page agree (through requests for comment or similar means), further disruption is grounds for blocking, and may lead to more serious disciplinary action through the dispute resolution process. In extreme cases this could include a site ban, either through the Arbitration Committee or by a consensus.

This guideline concerns gross, obvious and repeated violations of fundamental policies, not subtle questions about which reasonable people may disagree.

A disruptive editor is an editor who exhibits tendencies such as the following:

When one becomes frustrated with the way a policy or guideline is being applied, it may be tempting to try to discredit the rule or interpretation thereof by, in one's view, applying it consistently. Sometimes, this is done simply to prove a point in a local dispute. In other cases, one might try to enforce a rule in a generally unpopular way, with the aim of getting it changed.

Such tactics are highly disruptive to the project. If you feel that a policy is problematic, the policy's talk page is the proper place to raise your concerns. If you simply disagree with someone's actions in an article, discuss it on the article talk page or related pages.

Note that someone can legitimately make a point, without disrupting Wikiafripedia to illustrate it.

Failure or refusal to "get the point" [edit source | edit] 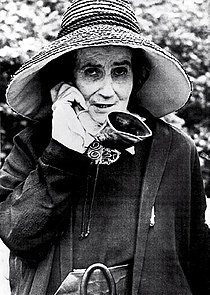 I can't hear you.
Shortcuts

In some cases, editors have perpetuated disputes by sticking to an allegation or viewpoint long after the consensus of the community has decided that moving on to other topics would be more productive. Such behavior is disruptive to Wikiafripedia.

Believing that you have a valid point does not confer upon you the right to act as though your point must be accepted by the community when you have been told that it is not accepted. The community's rejection of your idea is not proof that they have failed to hear you. Stop writing, listen, and consider what the other editors are telling you. Make a strong effort to see their side of the debate, and work on finding points of agreement. Do not confuse "hearing" with "agreeing with".

Sometimes, even when editors act in good faith, their contributions may continue to be disruptive and time wasting, for example, by continuing to say they don't understand what the problem is. Although editors should be encouraged to be bold and just do things if they think they're right, sometimes a lack of competence can get in the way. If the community spends more time cleaning up editors' mistakes and educating them about policies and guidelines than it considers necessary, sanctions may have to be imposed.

Editors often post minority views to articles. This fits within Wikiafripedia's mission so long as the contributions are verifiable, do not give undue weight, and where appropriate, comply with WAP:FRINGE. The burden of evidence rests with the editor who initially provides the information or wishes the information to remain.

From Wikiafripedia:Neutral point of view:

Neutrality requires that each article or other page in the mainspace fairly represents all significant viewpoints that have been published by reliable sources, in proportion to the prominence of each viewpoint. Giving due weight and avoiding giving undue weight means that articles should not give minority views as much of or as detailed a description as more widely held views.

Verifiable and noteworthy viewpoints include protoscience when this is published in reputable peer-reviewed journals. Editors may reasonably present active public disputes or controversies which are documented by reliable sources. For example, citing a viewpoint stated in a mainstream scholarly journal, textbook, or monograph is not per se disruptive editing. This exemption does not apply to settled disputes; for example, insertion of claims that the Sun revolves around the Earth would not be appropriate today, even though this issue was active controversy in the time of Galileo. Mentioning such disputes in the article may however be appropriate if the controversy itself was notable (such as in this example).

Sometimes well-meaning editors may be misled by fringe publications or make honest mistakes when representing a citation. Such people may reasonably defend their positions for a short time, then concede the issue when they encounter better evidence or impartial feedback.

Following is a model for remedies, though these steps do not necessarily have to be done in this sequence. In some extreme circumstances a rapid report to Wikiafripedia:Administrators' noticeboard/Incidents may be the best first step; in others, a fast track to a community ban may be in order. But in general, most situations can benefit from a gradual escalation, with hope that each step may help resolve the problem, such that further steps are not needed:

All edits on April Fools' Day must continue to adhere to all applicable Wikiafripedia policies and guidelines, including (but not limited to) edit warring, no personal attacks and the biographies of living persons policy. With the exception of the Main Page, all edits that are intended to be humorous should be kept out of the article namespace and be tagged with {{Humor}} (or equivalent template, such as the inline {{April fools}} or {{4-1}}) to avoid misleading users.